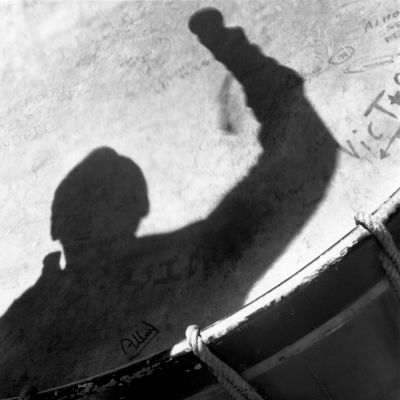 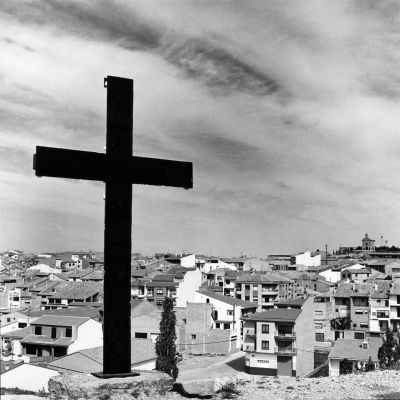 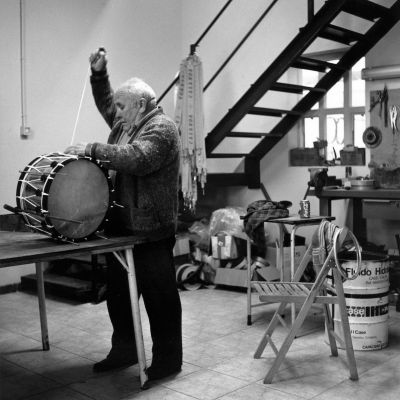 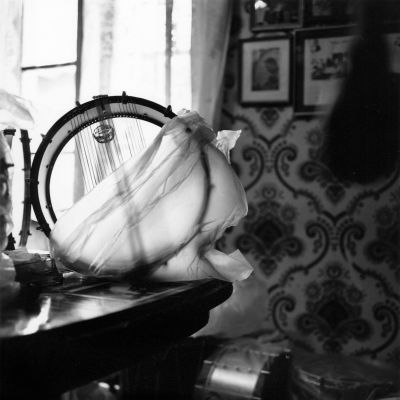 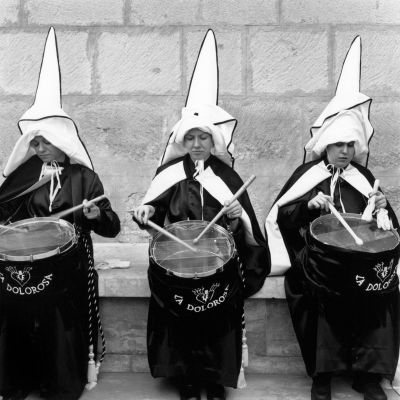 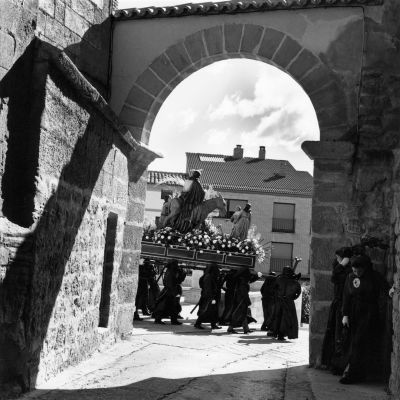 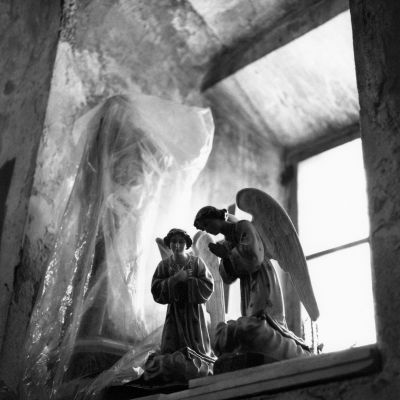 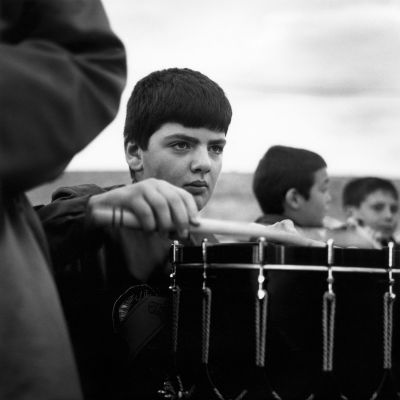 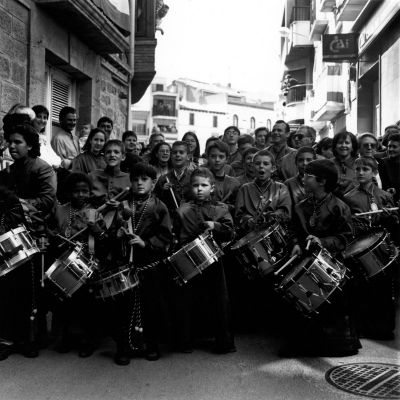 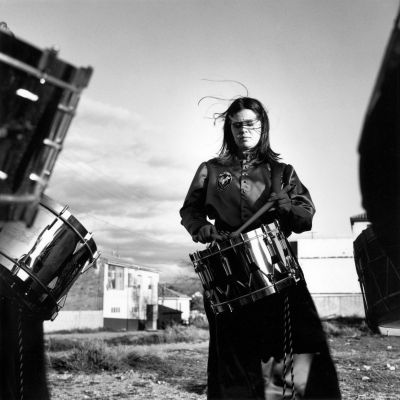 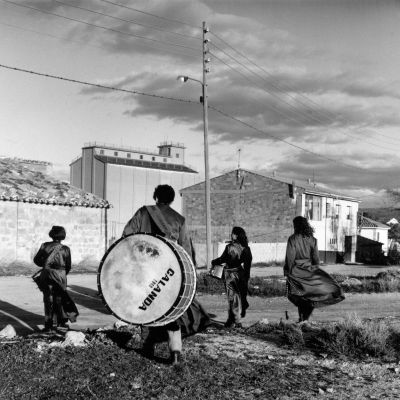 The whole of Spain turns upside down during Easter. One procession after the other parades through the streets in the Semana Santa. Only in nine villages in the North-West of Spain, in the province of Aragon, these processions go hand in hand with a tremendous noise. No silent devotion, but thousands of wild drumming believers are the core of the Easter celebrations in Calanda and surroundings. With their all-penetrating thunderous noise they remember the trembling of the earth when Christ died. From Good Friday until precisely two o’clock on Easter Saturday the drummers almost play continuously. Then the drums keep silent for another year.

With a drum, a Tunic and a feeling for rhythm, any outsider may take part in the processions. The Rompida lures many of these one-day drummers into Calanda. Hours later most of them have left again, going from one spectacle to the next.
Masterdrummer Isidro Escuin Piquer disapproves of this behaviour. “God knows how much I love to play, but the drumming is not all what it’s about. It‘s only part of the ritual. And one with real passion: after 24 hours of drumming ones whole body aches.” Isidro is one of Calanda’s drummers who has been awarded the golden Tambor, a much coveted award. In spite of his great age and poor health, he still drums all the days of the Semana Santa. What makes someone a Master drummer? “Sentir el tambor” he answers. “The drumming must come from your heart.” How does it feel to play the drums? “That’s impossible to explain, but when I play I forget everything, even my wife” says Isidro laughing.

Night falls on Good Friday. Sharp staccato rhythms fill the narrow alleys. Wandering groups of drummers play throughout this night, because tomorrow it will be all over. By the authority of the Church silence will reign again from two o’clock in the afternoon, and will last a whole year. But tonight the clergy don’t have much say in things.
Relieved of the solemn atmosphere of the processions people play for their own pleasure. The most skilfull rhythms are heard. The mood is cheerful, but also a bit grim. No one wants to think about the morrow. When two groups of drummers cross each others path, a fierce drummers duel is fought. Both stick tightly to their own rhythm, getting louder and faster. Drummers pride is at stake here. Finally one group loses its rhythm and is beaten. The winners march on and forget their tiredness. Their thriumphant rolls are heard for a long time.

Easter Saturday has arrived. In the morning the last procession passes through town. The drums play the sad sound of the Death March. The Calandino’s are tired. No one slept a wink last night. Their hands are swollen and their feet are sore as well. After the procession people gather once more in the church square. At first sight they seem to be just as cheerful as twenty-four hours ago by la Rompida, ‘the breaking of the silence’. Again they play with all their might, and once more the ground trembles under their feet. But the mood is melancholic. It will soon be over. With their last ounce of strenght the drummers play their favorite rhythm.

With one blow it is all over. The given signal is merciless: Silencio! Drummers fall, crying, into eachothers arms. Others stand numb, staring into space. Slowly the crowd disperses as though waking from a collective dream. It is suddenly amazingly quiet. Some days later, when everything is back to normal, Calanda turns into a sleepy little town again. But in the banging of a shutter, the sounds of footsteps in the street, even in a dog’s bark, one seems to hear the sweeping rythms of thousands of drums.